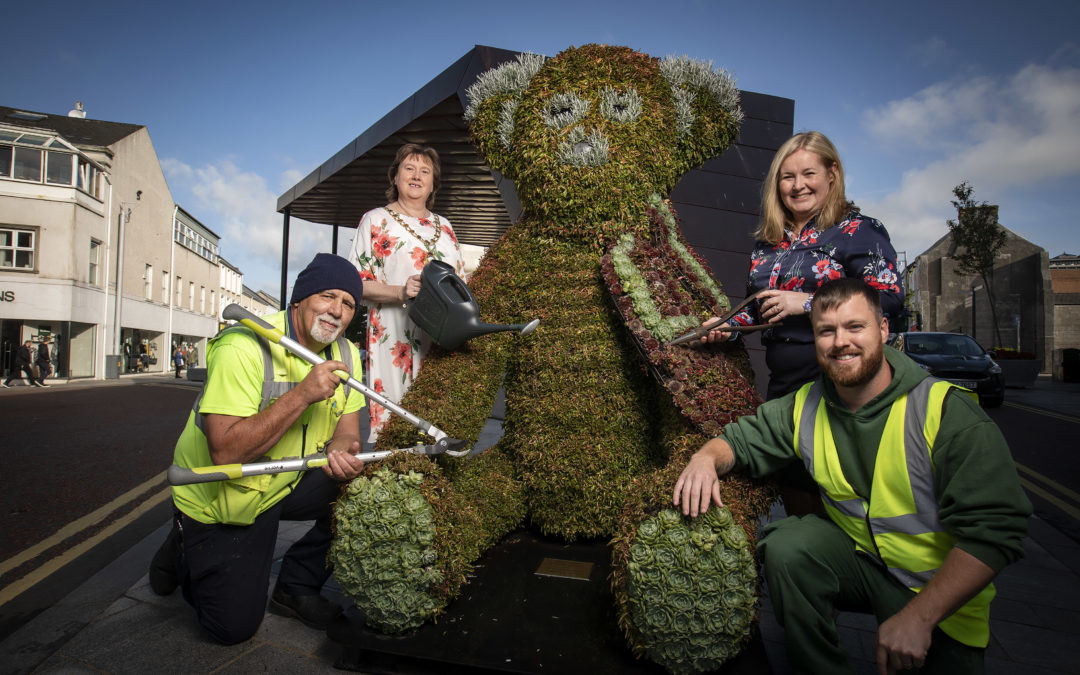 We were contacted in May by Ballymena BID in Northern Ireland with a request for three planted up bears. The idea was to make three 2 metre high sitting 3D InstaPlant bears that were based on the Ballymena bears featured in the Ballymena Christmas shopping adverts. Delivery was required at the end of July so with just a few months to produce the bears we set to work making the steel framework.

The bears were rushed into production and packed and planted up in Alternanthera and Sempervivum. They looked really great as we sent them to Ireland on the lorry. The bears arrived in good time for the big unveiling and were positioned at three focal points in the town centre. The BID manager said “It’s fair to say everyone was delighted, they look fab. Never seen so many smiles!. Thanks again for all your hard work.”

We are really pleased that the bears are such a great success, particularly considering we only had the order in May. We hope they order again for 2020 – Goldilocks maybe?!