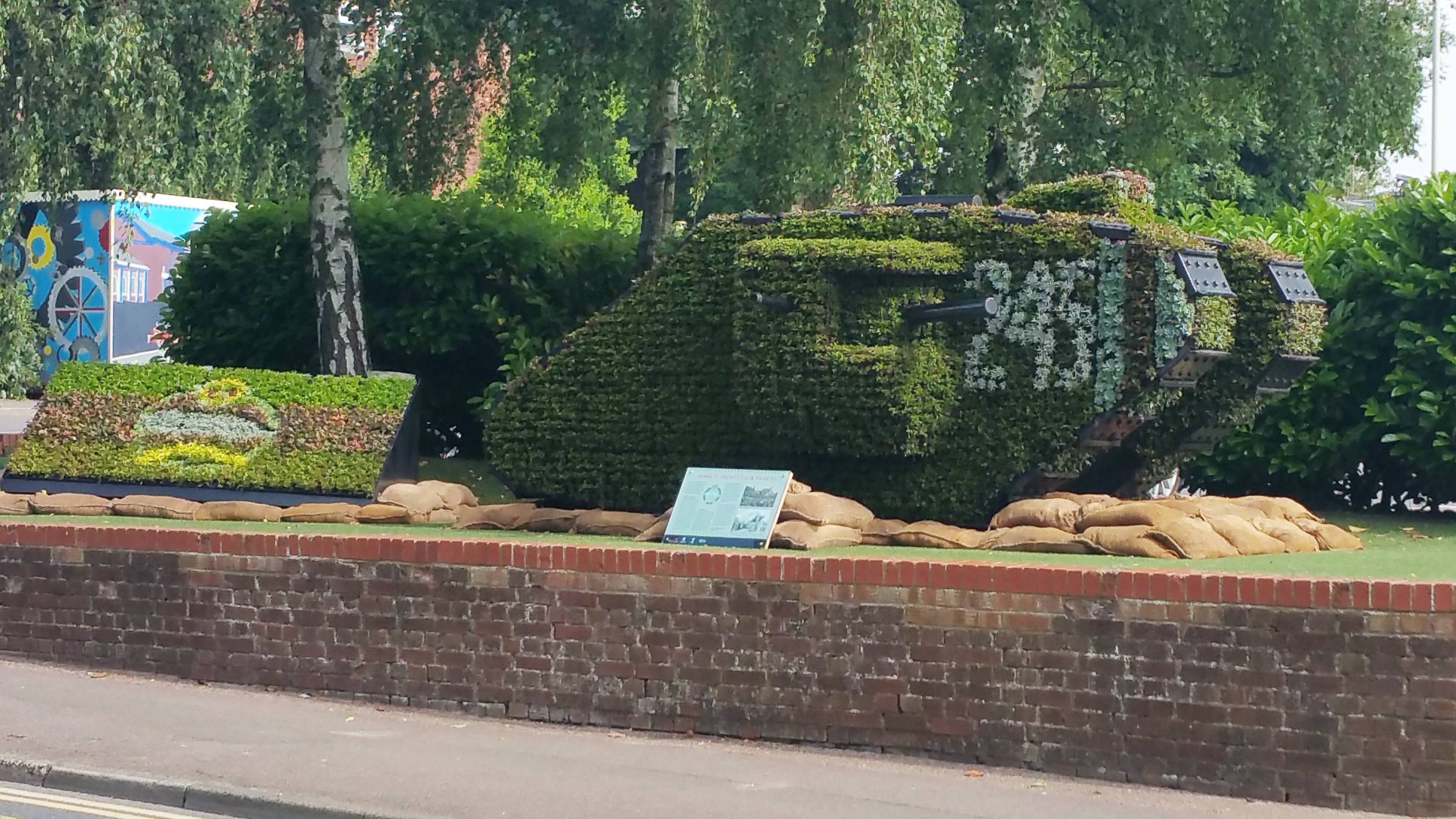 This fantastic World War I British battle tank 3D InstaPlant display was commissioned by Ashford Borough Council for their commemorative events. A few options of size of tank were looked at but in the end the 4m long version was ordered and produced in steel.

It took over 3 months to produce the tank in steel. The tank weighs in at just over 4 ton and was installed on site using a telehandler with long forks. The InstaPlant carpet bed alongside the tank depicts the Regimental flag of the WW1 tank unit. The carpet bed is displayed in a steel framework also produced to order. Almost 10,000 carpet bedding plants were produced to order and carefully planted into the tank framework by hand and the plants were grown on for 6 weeks before delivery.

We are sure this display will be enjoyed by the people and visitors to Ashford for the coming summer months until the first frosts of winter.