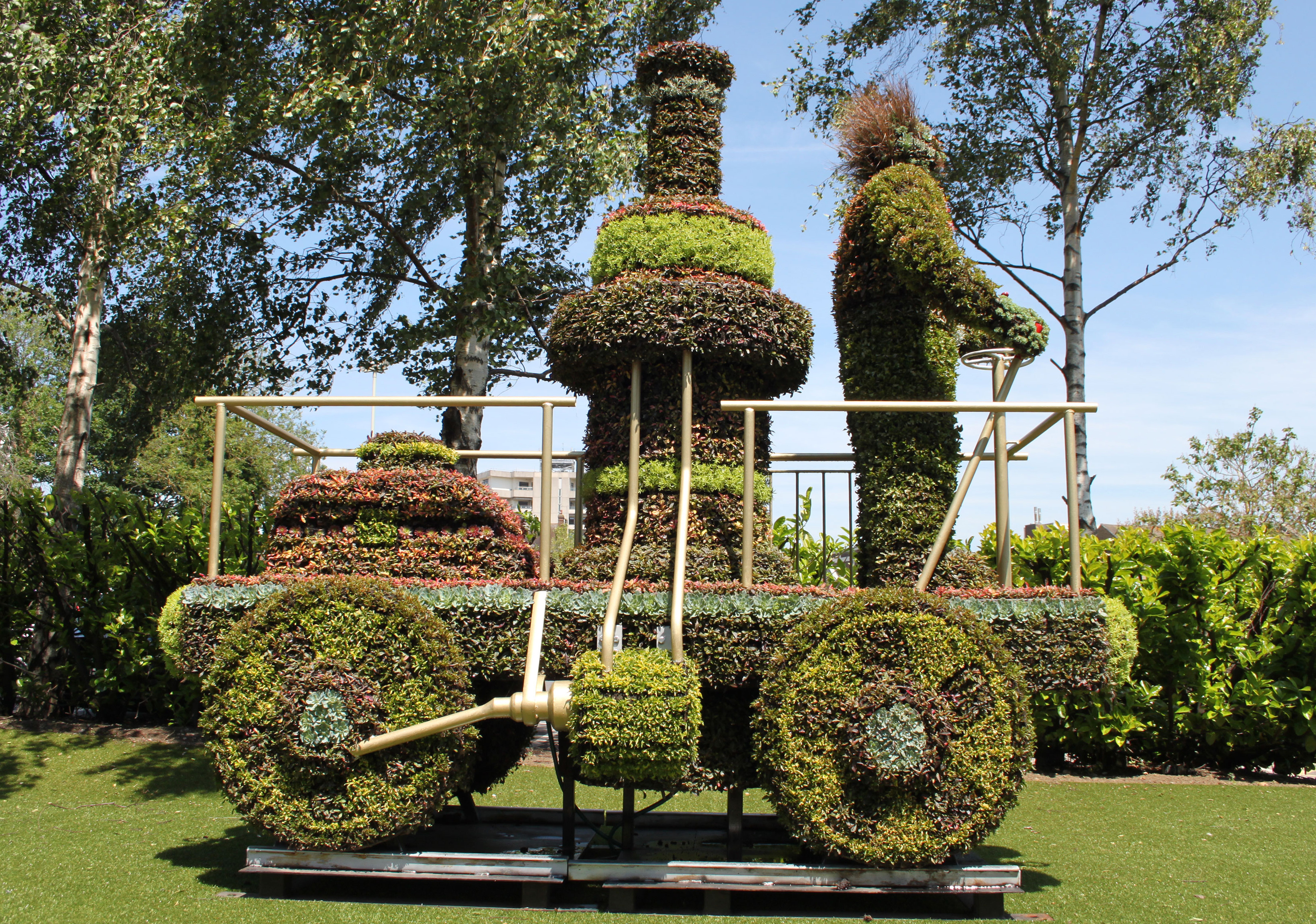 An old style Coffee Pot Train was created for Ashford, it measured 3m long and was 3m high.  The framework was produced using a few photos of a coffee pot train that used to exist many years ago.  The train was fitted with extra features such as railings and the railings were painted gold for extra effect. The 3D Train was installed in one of their popular parks and Ashford were very pleased with the display.