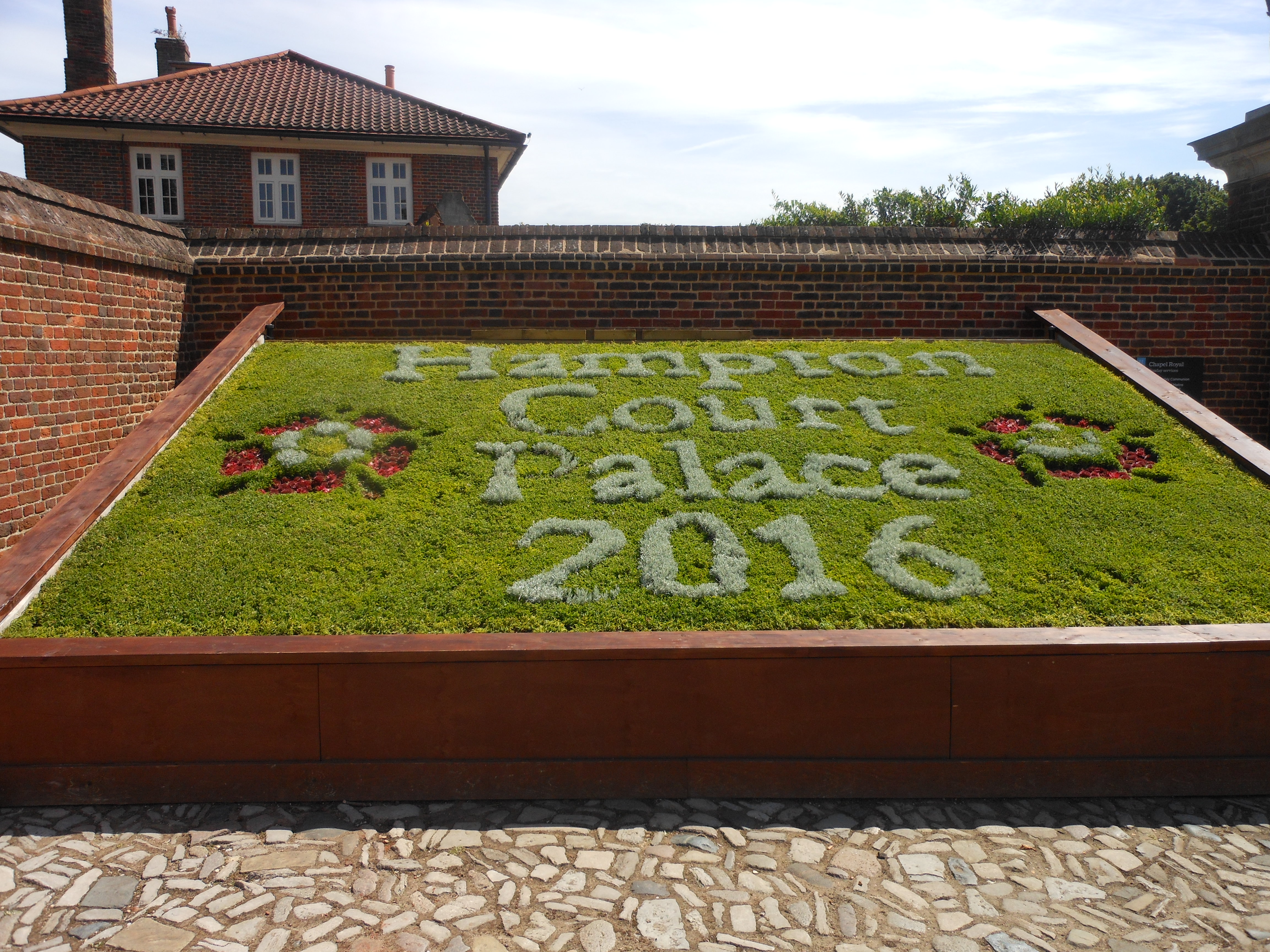 Hampton Court Palace celebrated 500 Years since Henry VIII lived at the Palace and wanted something big to help them celebrate the event. They commissioned InstaPlant to produce them a 3m high Henry VIII 3D display. The 3D was produced in two halves to enable it to fit into production and be transported in a lorry to Surrey near London. At the same time we created 3 carpet beds for Hampton Court with logos of the Palace and Tudor rose images. Hampton Court were delighted with their 3m high Henry VIII display and produced a video of the installation of the display. Many thousands of visitors admired the display over the summer.

This week we welcomed Henry VIII back to Hampton Court Palace. This arboreal version of Henry is available for any and all #HenrySelfie pictures that you might want to take. Be sure to share them with us on Instagram and Twitter.