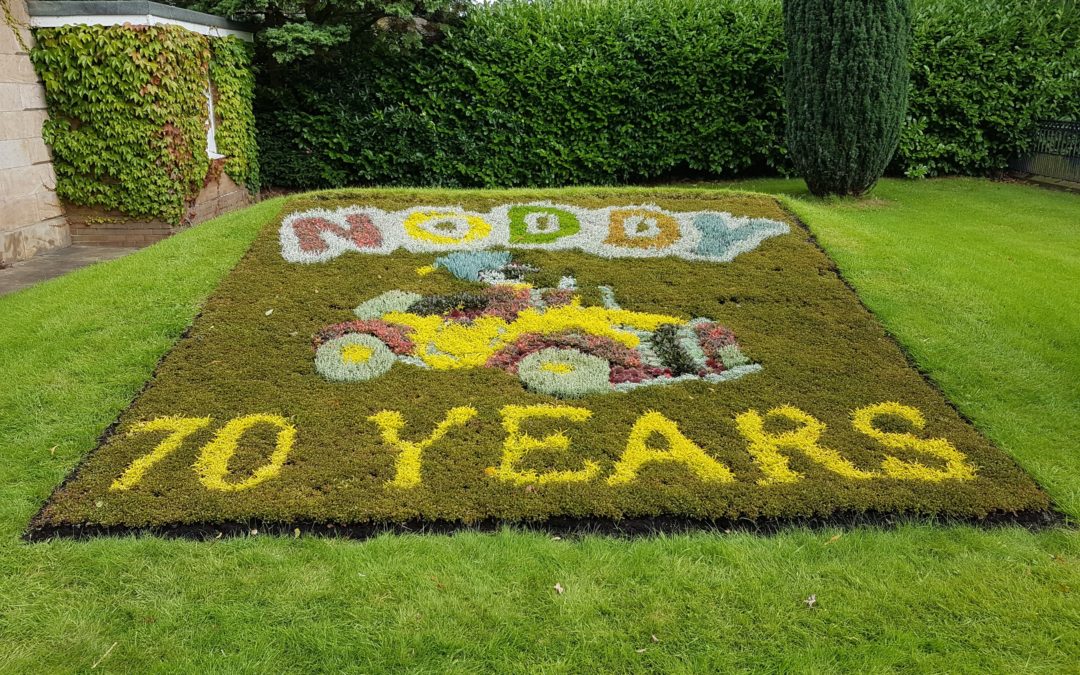 It was great to provide South Ribble Borough Council with a Noddy themed carpet bed to celebrate 70 Years since his creation. Noddy is a fictional character created by English children’s author Enid Blyton, originally published between 1949 and 1963. Television shows based on the character have run on British television since 1955 and continue to appear to this day.

The design chosen for the Noddy themed carpet bed was the classic image of Noddy in his car along with colourful Noddy lettering and 70 Years below. South Ribble Borough Council were very pleased with the delivery and installation and the finished product. The later photo taken in August shows how the carpet bedding thickened up in the first two months making it look even better than when first installed the carpet bed in June.